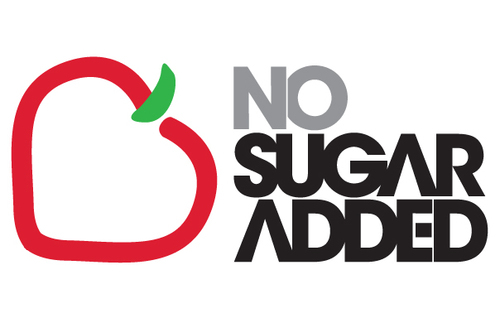 Added sugar is the single worst ingredient in the modern diet. Here are 9 reasons why you should say NO to added sugar:

1. No Essential Nutrients and is Bad For Your Teeth

Added sugars (like sucrose and high fructose corn syrup) contain a whole bunch of calories with NO essential nutrient, also known as “empty” calories. There are no proteins, essential fats, vitamins or minerals in sugar, just pure energy. When people eat to 10-20% of calories as sugar  this becomes a major problem and contributes to nutrient deficiencies. Sugar is bad for the teeth because it provides easily digestible energy for the bad bacteria in the mouth which can lead to tooth decay.

2. Will Overload Your Liver

Sugar enters the bloodstream from the digestive tract, it is broken down into two simple sugars: glucose and fructose. Glucose is found in every living cell on the planet. If we don’t get it from the diet, our bodies produce it. Fructose, on the other hand, is not produce in our bodies nor is there physiological need for it. Fructose can only be metabolized by the liver. Consumed in small amounts doesn’t do harm – the fructose is turned into glycogen which is stored in the liver. The harm comes when the liver is full of glycogen forcing the fructose to turn into fat. If you have a western diet of high-carb and high-calorie intake it can lead to fatty liver and serious health problems.

A growing problem in Western countries is associated with metabolic disease. When fructose get turned into fat in the liver, it is shipped out as VLDL cholesterol particles. However, some of it can lodge in the liver which can lead to Non-Alcoholic Fatty Liver Disease (NAFLD).

Insulin is a very important hormone in the body. It allows glucose (blood sugar) to enter cells from the bloodstream and tells the cells to start burning glucose instead of fat. Having too much glucose in the blood is toxic and one of the reasons for complications of diabetes. The cells become “resistant” to it,  also known as insulin resistance, which is believed to be a leading driver of many diseases including metabolic syndrome, obesity, cardiovascular disease and especially type II diabetes.

5.Can Give You Cancer

Cancer is one of the leading causes of death worldwide and is characterized by uncontrolled growth and multiplication of cells. Insulin is one of the key hormones in regulating this sort of growth. For this reason, many scientists believe that having constantly elevated insulin levels – constant sugar consumption- can contribute to cancer and metabolic problems (another potential cause of cancer). Studies show that people who eat a lot of sugar are at a much higher risk of getting cancer.

Studies show that fructose doesn’t have the same kind of effect on satiety as glucose. In one study, people drank either a fructose-sweetened drink or a glucose-sweetened drink. Afterwards, the fructose drinkers had much less activity in the satiety centers of the brain and felt hungrier. There is also a study where fructose didn’t lower the hunger hormone ghrelin nearly as much as glucose did. Over time, because the calories from sugar aren’t as fulfilling, this can translate into an increased caloric intake.

Sugar can be addictive for a lot of people. Like abusive drugs, sugar causes a release of dopamine in the reward center of the brain. The problem with sugar and many junk foods is that they can cause massive dopamine release… much more than we were ever exposed to from foods found in nature. For this reason, people who have a susceptibility to addiction can become strongly addicted to sugar and other junk foods.

The way sugar affects hormones and the brain is a recipe for fat gain disaster. It can get people addicted so that they lose control over their consumption. People who consume the most sugar are by far the most likely to become overweight or obese. Many studies have examined the link between sugar consumption and obesity and found a strong statistical association. The link is especially strong in children, where each daily serving of sugar-sweetened beverages is associated with a whopping 60% increased risk of obesity. One of the most important things you can do if you need to lose weight is to significantly cut back on sugar consumption.

9. Raises Your Cholesterol and Gives You Heart Disease

New studies are showing that sugar, NOT fat, may be one of the leading drivers of heart disease via the harmful effects of fructose on metabolism. Large amounts of fructose can raise triglycerides, small, dense LDL and oxidized LDL, raise blood glucose and insulin levels and increase abdominal obesity in as little as 10 weeks. These are all major risk factors for heart disease. Not surprisingly, many observational studies find a strong statistical association between sugar consumption and the risk of heart disease.